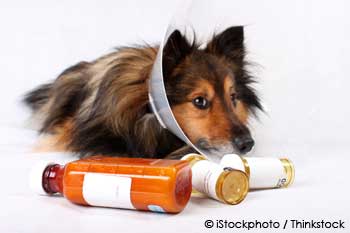 The rates of diabetes in pets are rising faster than for humans. From 2006 to 2010, diabetes rates in U.S. dogs increased by over 30 percent, and by 16 percent in cats. In humans, the rate rose 10 percent over the same four year period.

According to Dr. Jeffrey Klausner, DVM and chief medical officer for Banfield:

“We have increasing obesity in dogs and cats, just like in humans. It’s no mystery how that occurs: overfeeding and lack of exercise.”

The conditions listed above are entirely preventable in the vast majority of dogs and cats.

It’s heartbreaking to know so many animals are suffering needlessly with these easily avoidable health problems, all of which can dramatically impact your pet’s quality of life.

According to the Banfield survey, obesity ranked in the top five health problems of young adult, mature adult and senior dogs in 2010. It was in the top three for cats of the same age. As almost everyone knows, obesity is the biggest risk factor for diabetes.

Other risk factors include:

Don’t let your precious dog or cat become another statistic of the diabetes epidemic spreading through the U.S. pet population. Avoid unnecessary vaccinations, make sure your furry pal gets plenty of exercise to maintain a fit body condition, and feed a moisture rich, species-appropriate diet containing few if any carbohydrates and no grains.

According to the Banfield survey, dental disease is the most common medical problem for both dogs and cats.

An astonishing 78 percent of dogs and 68 percent of cats over the age of three have some form of dental disease.

This represents a 12 percent increase for dogs from 2006 to 2010, and periodontal (gum) disease is a particular problem for small breed dogs, including the Maltese, Pomeranian, Shetland Sheepdog, Toy Poodle and Yorkshire Terrier.

You can help your pet with oral hygiene by:

According to the Banfield survey, flea infestations are up 16 percent. This is interesting, considering how many advertising dollars are spent by manufacturers of potentially toxic flea and tick preventives.

However, while I recommend reducing chemicals applied to pets whenever possible, it is certainly troubling news that flea infestations are on the rise.

How to prevent an infestation:

Diabetes is on the rise in both the human population as well as the fur baby population.   Diabetes is an insidious disease that once developed will put major stresses on the kidneys and the heart of the host subject.   This is true in both humans and pets.    The treatment is the same.   Once the pancreas stops producing insulin, that missing insulin has to be injected into the body.   Diabetes means frequent capillary blood testing and insulin injections to compensate the inactive pancreas.    The best protocol is to avoid putting your pet in danger of developing Diabetes.    Good health and appropriate weight is the cornerstone of prevention of all three problems.

Make sure that you check out the other affiliate links on this site.   There are both the traditional pet stores such as 1-800 Pet Meds  as well as Chewy(  as well as several  other great companies.  Please note that any purchases through this site will send a small percentage of the sale back to us.    This will help keep the website on line.

AND REMEMBER TO SHARE YOUR LOVE WITH YOUR FUR BABY EACH AND EVERY DAY!    KEEP COMING BACK FOR MORE !    NEW ARTICLES POSTED DAILY!

NOTE:     Lovinmypup.com is also looking into restarting the program of featuring your  pets on line.  No decision has been made as to the location of this feature.  It may be on this site or on a seperate blog site.   More information will follow as decisions are made,  Keep coming back for more information and future updates.