Why do dogs have such short lifespans? Ad by TruthFinder

CATS, DEATH OF A PET, DOGS

Lifespan in general is determined by trade-offs between survival and reproduction. Wolves, the ancestors of dogs, can live 15-20 years*, roughly twice as long as comparable-sized dogs. They start breeding in the wild no younger than 2 years. They need to form pairs and establish a territory before breeding. Older wolves will often have help raising their pups from older juveniles who have not managed to mate or find territories. In contrast, most dogs can breed from 6-12 months of age, and they don’t benefit from having territories, pair bonds or packs. Whereas wolves breed until they die, dog breeders will usually retire older females. So the whole life history of dogs is shifted to more of a “live-fast-die-young” style compared with wolves.

On top of that, artificial selection and inbreeding have created huge problems for dogs. Here’s what dogs look like, when they’re not bred to conform to human expectations: 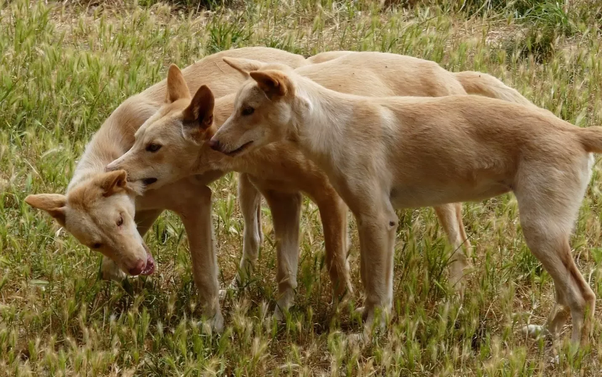 Striving to breed to an idealized “type” while ignoring basic physiological necessities doesn’t create a robust organism. That’s how we get tortured monstrosities like English Bulldogs, who can barely breathe without snorting and whose pups must be cut out of the mother’s womb because she can no longer deliver them. Even seemingly harmless traits often bring a higher probability of serious health problems. White fur, for example, is often accompanied by neurological deficits ranging from subtle behavioural abnormalities, to deafness or even early death. Generally speaking, working dogs have sustained longer lifespans because they’re required to be physically fit to do their jobs. Show dogs are mostly just required to meet peculiar aesthetic requirements and be easily managed. The lethargy resulting from chronic health problems is actually a positive for champions who dominate the gene pool, even if it shortens their lives. (It’s a bit like foot-binding, whose victims were prized as wives for their passive and mild behaviour, which resulted from being crippled and in constant pain).

Loss of genetic diversity also shortens lifespans. In a healthy population, essentially all individuals have several defective genes, but each defective gene is rare in the population as a whole. Each individual holds two copies of each gene, so in a randomly mating population, it’s rare for an individual to have two defective copies. Usually, as long as the individual has at least one good copy, it will be fine. Health problems only arise when an individual has two defective copies. But when the population experiences a genetic bottleneck — that is, only a few individuals get to breed — any defects they have will spread to a large proportion of the population. That means that when these individuals mate, a large proportion of their offspring will carry two copies of the genetic defect and therefore be unhealthy.

Unfortunately, for the last century or so, dog breeders have actively pursued a misguided strategy of purifying breeds by demonizing cross-breeding and allowing only “champions” to breed. I recall reading somewhere that the entire Standard Poodle population consists of effectively about 7 dogs. Health-wise, this is terrible. You can’t eliminate all the subtle genetic problems that plague breeds by selective breeding. They arise faster than you can purge them. Whilst some of the more severe defects have been reduced by conscientious breeders who test their dogs before breeding, this selective breeding further narrows the gene pool, and has thus promoted many more defective genes that cause mild reductions in health and lifespan. We can’t test for these defects, and consequently they are now prevalent throughout most non-working breeds.

*EDIT: Several readers have commented on the statistic for wolf lifespan. This is a slightly complex issue. The statistic refers to the lifespan of wolves in captivity, not in the wild. Since we’re talking about dogs in captivity, this is generally the relevant comparison.

But that might seem to contradict the evolutionary argument, which is that a tradeoff is shifted away from survival and toward reproduction in dogs. Here it gets tricky.

Evolution doesn’t care for the dead.

The trade off between survival and reproduction only applies to individuals who have reached reproductive age. It doesn’t matter how many die before breeding, or how long those doomed juveniles lived. From the point of view of lifespan evolution, it’s almost like they never really existed.

Half of all wolves die in puppy hood, and even fewer establish packs and territories. But those few leaders can monopolize the gene pool for many years. So selection keeps the wolf lifespan long (in terms of age-related disease) because for the elite breeders, it can be, even if it isn’t for the average wolf. Published stats on wild wolf lifespan don’t reflect this.

Welcome to the world of dogs & cats!

Cats seem to live forever!   Why are dogs living such shorter lives?   This article tries to answer this question..

If you chose to order any pet supplies  please go to the  banner of your  choice on this site and click on the link.  Then Lovinmypup.com  will get a small percentage of the sale from your purchase.  This  helps defray the cost of hosting this site so you can continue to enjoy the articles. .  My primary concern is to educate pet parents but any little bit will help keep us up and running.    Please help us stay afloat!

At  Lovinmypup we have tried to accommodate all pet parents and their fur babies’ needs with  banner/links to the various popular on line stores. the banners are located  to the right of this page  (lap top) or beneath the articles  (smart phone).  There are traditional pet stores as well as well as  specialty stores for gifts that would make any pet parent ecstatic!  There is also a link to Amazon, Chewy, and Walmart, 1800PetMeds to name a few. You can purchase anything that Amazon and Walmart sell.     CHeck Out the banner link for  Embark Vet (DNA testing for pups).    DNA testing for Humans and Dogs is an up and coming field of science.   Learn the idiosyncrasies of your pups  genetic composition and what health concerns that you might be faced with in the future     Just click on the links and shop for pet products and more,  as well as fabulous gifts for the pet fanatics on your  lists!   .  We thank you in advance for your assistance in keeping this site operational.